Johawaki roots extend back more than 40 years ago when two brothers decided to set up a construction business with the formation of Hawaki Enterprise on April 1, 1979.

Through hard work and entrepreneurial dynamism under the stewardship of Dato’ Johari bin Mat and Dato’ Abdul Rahim bin Ahmad, their reputable Class ‘A’ contractor grew in tandem with the Malaysian growing economy. In 1984, an investment holding company was incorporated and named Johawaki Holdings Sdn Bhd.

Infused with resources that has strengthened the company tested stability, it has gone from strength to strength from years to years. The company continues expanding its wings in various industries and international portfolio investment. To date, Johawaki comprises separate entities in well diversified activities such as:

With an ongoing commitment to growth that is all set to meet and transcend in any challenge. The goals set will continue to be achieved in order to scale new heights leveraging off its wide asset base guided by a vision for future profitability, financial advancement and corporate health.

Aspires to be an integrated developer and engineering company of choice, offering diversified business portfolios with excellent products and services, whilst constantly adding growth and value to the industries that we serve.

To optimise the delivery of our professional services to our clients through technology-enabled business models and innovative customer management solutions in a way to sustainably enhance the community, people and environment where we operate.

Embedded in our culture as the backbone and guiding principles of our business conduct, E.P.I.C reflects on our sense of duties and responsibilities in upholding our commitment towards contributing towards the well-being of our communities, customers, stakeholders and nations wherever we operate.

Our commitment supported by the five (5) strategic pillars of thrusts (leadership, financial sustainability, risk management, governance and operational excellence) that underpin all our practises, is to make JOHAWAKI Group a company that changes along with the world.

We strive to consistently achieve outstanding results, act with zero complacency and always focus on continuous improvement in bridging the gap between ideas and execution.

We are committed to transparency in performing our business to adhere to exceptional levels of professionalism in our actions while respecting each individual’s uniqueness and creative characteristic. 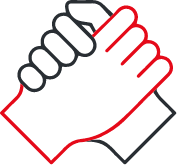 We are accountable for our conducts and uphold the highest level of integrity in all of our actions. 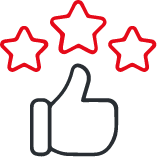 We are determined to deliver high-quality products and excellent services, and ultimately contribute to improving our customer’s experience and partner’s success.

Johawaki’s roots extend back 30 years, when two brothers decided to set up a construction business with the formation of Hawaki Enterprise on April 1, 1979.

Three years later, the company was converted into Johawaki Sdn Bhd on September 6, 1982.

Over time, that business grew and evolved, and in 1984, the company incorporated an investment holding company named Johawaki Holdings Sdn Bhd.

Johawaki Properties Sdn Bhd was established as a subsidiary which is involved in managing all properties and property investments belonging to the Johawaki Group of Companies.

JPSB is also responsible for advising, administrating, consulting and coordinating properties. They also manage land matters from acquisition, disposal, rental to leasing of all properties.

Johawaki Trading & Machineries Sdn Bhd was formed as a subsidiary company, which was built as a trading house, providing raw materials, equipment and machinery supplies to various subsidiaries.

Johawaki made plans to diversify their business profile and established Johawaki Plantation Sdn Bhd in 1996, which manages the palm oil tree plantation located in both Perak and Selangor.

Johawaki also invested in the medical healthcare services with DEMC Specialist Hospital in the same year.

In 2000, a maintenance agreement with a duration of 15 years was signed with the Government. The contract was for the management and maintenance of federal roads in the northern zone of Peninsular Malaysia.

Belati Wangsa (M) Sdn Bhd, a subsidiary of Johawaki Sdn Bhd, took over the management of these roads on February 16, 2001.

In 2003, Johawaki ventured into overseas investments, and launched Johawaki International Pte Ltd which managed the leather goods manufacturing in Bosnia.

Nerzz Beslagic is a brand known in the making of garments, accessories, and supplements made of skin and fur.

Yayasan Johawaki was launched on January 28 2004, to manage sponsor programmes aimed in improving and developing the community.

The company invest in medical services with the fast growing healthcare group, DEMC Specialist Hosiptal on the same year, 1996.